It is a multimedia music play on the life and works of the renaissance painter Raffaelo Sanzio da Urbino, otherwise known as Raphael.

This multimedia play will also feature other giants of the high renaissance period, such as Leonardo Da Vinci and Michelangelo Bounarotti.

The musical theatre performance will compromise of a vocal/dance ensemble, 3D animation and projections as well as body painting and the latest visual technology which altogether helps to create the illusion of painting coming to life. We want to bring back the Renaissance to the 21st century with a spectacle never before experienced by theatre audiences.

The story is based upon biographical data, controversies, speculations and other forms of interpretations of the lives of those great masters. It is also a reminder of the immortality status of those classic paintings and their authors.

Ars Longa Vita Brevis – Timelessness is the metaphysical field where the points of the past, the present and the future merge into singularity.

We envisage the Transfiguration to be ready for production by the end of 2020.

The Banquet Of Chestnuts

Vision Of The Knight 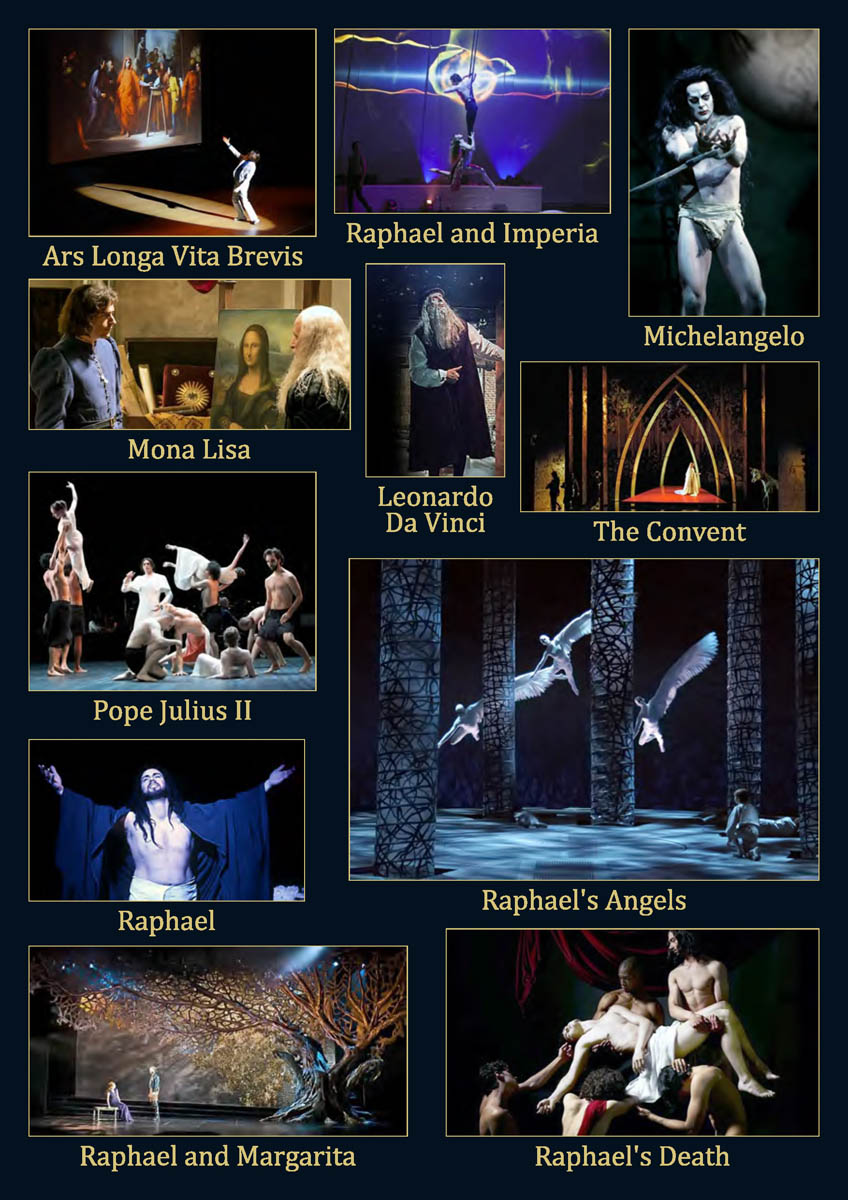