Voices Of Nature showcases pan-cultural voices carried by forces of exotic rhythms within a complex musical expression. Voices Of Nature is the brainchild of composer, keyboardist and producer Andrej Kljakovic, who over the past decades has devoted himself to redefining the boundaries of eclectic music.

This propulsive multinational group represents a crystallization of the electro-acoustic fusion and what results is stunning array of fresh tonal colours, rhythms and textural possibilities. Songs are sung in invented imaginary languages that’s reminiscent of Afro-Arabic voices: fictional, mysterious and unknown as it creates third world atmospheres.

In this music are shadows of the past and visions of the future... 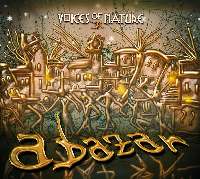 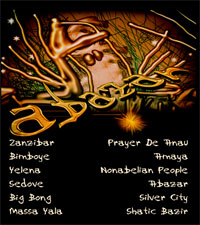 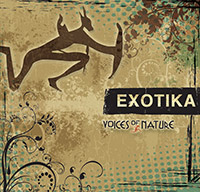 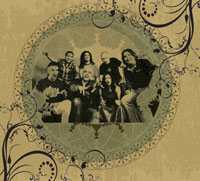 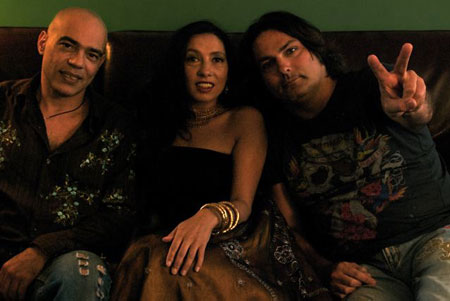 The idea of meaningless invented language happened non-intentionally. When I was writing music for Exotika, our first album for Voices Of Nature, and I had in mind an African female singer. So I invented singing melodies with my quasy Afro imitation of what is after need to be replaced with real African text.

In that time I worked with singer from Zimbabwe Ana Mudeka and as it happened she liked those sounds that I made up. Then she told me that in this particular melodic context with the music provided it would suit better to use non-sense text then real African language. So we left the way it was, my improvised scribble of invented words. Because I needed more music in this way then I realized that this could be quite interesting and challenging thing to do.

Most of the language comes up directly form entire improvisation, something like scat; jazz singer would do in jazz. Then I would analyse what I did and correct words that needs to be improved, but 90% of stuff was left the way was original printed on tape. More and more I was doing it, I came to conclusion that this gives music completely different feeling and 3rd world atmosphere that perfect suited eclecticism of the music. Then I explored that idea much further here on Abazar.

I also like idea that each composition with non-sense text could give to listener more freedom to make up his or her own story about particular song. Even if you listen it all over again you could give it a different scenario, so actual story can be varied every time you listen it. So I finally surrender to imagination to a listener and their own fantasies

Thoughts on Composition and Musical Conception

When composing I imagine atmospheres of remote places. Constantly my head is full of thoughts of some uncharted territories, distant lost cities and mysterious people that speak secret ancient languages.

My compositional strategies are to explore relationship to tradition without seeking to be traditional.

My ambivalent attitude to tradition is desire to always do something new, not repeating the past, not even my own, yet there was at the same time the increasing desire to make allusions to the past, and even to pay some discreet homage to Zawinul and Mclaughlin.

Yet there is another powerful motivation: that I don't hesitate to match myself against my historical models; but at the same time, to do so is the ultimate test.

I always measure myself against new music that I made. All this are functional elements of form that is created from entire improvisation, it’s all free floating in a musical universe.

In my music the groove is absolutely essential and also I’m trying to avoid completely any backbeats. That brings the sensuality into music, which Voices Of Nature is all about.

My implicit message seems to be: keep looking for the new and astonishing.

In my concept of the sound, music specter needs to be very wide. You have to put some color in to music that is for me is the most elegant abstraction.

In beginning there is nothing and then whole universe is created. It happens when you are gone. You can’t tell the music what to do, music has to dictate you, but the less is you, there is more music. It’s closest to mystical experiences when you can’t explain things, but it’s unfolding by its own cause. You just have to do it and somehow entire process lives as a mystery.

The music that I was introduced to by Andrej Kljaković when I visited him for the first time in his studio in Opatija was a unique experience, a fusion of so many different colours and atmospheres, languages that I have never heard before, voices and instruments that were bringing this music to life and simultaneously teasing one’s imagination. He was working on a project, later to be named “Abazar” and suggested I took part in it, which I gladly accepted.

I’m thinking of “Abazar” as an adventure to a territory that has not yet been explored and we must explore and bring it’s beauty to the listener. In doing so we must rely on our imagination and ourselves.

Transcriptions and notation that you are about to see are representing a material proof of a music voyage that has previously been described. In transcribing and notating this music I have tried to approach the music from a “working musician’s” point of view, that is to try to facilitate the reading of music and to be accurate as much as possible. If you are reading this music from a “classical” point of view you may find some illogicalities (most of all enharmonic), but the thing that I had in mind was to make this music as easy to read as can be, and to make the notation in the spirit of “Abazar”, independent and free. These transcriptions have, most of all, been made for the musicians that are about to confront this music in rehearsals and concerts, but none the less they have been made for the “active listener” who is not afraid to explore the same ground, as a listener and hopefully as a player.

How far can one push the boundaries of music genres? Andrej Kljakovic and his band Voices of Nature has been asking themselves that question only to discover that, after hearing all 12 songs from their latest album, the answer comes naturally: limits are set only to be exceeded and once you cross them there is an ultimate freedom waiting for you on the other side. The album “Exotika” is the most beautiful tribute to music freedom. .... Some of you might remember Voices of Nature and their frontman Andrej Kljakovic as the pioneers of jazz music back in former Yugoslavia. Jazz, rock, African, Middle Eastern and Latin beats combined with Balkan traditional music create a new heterogenic form that even the author himself does not know in which way it is going to develop. .... Kljakovic would define “Exotika” as eclectic and twenty-eight musicians from all over the world managed to produce something creatively called electro-acoustic ethno fusion with improvisation and themes closest to jazz. It may sound complicated, it probably is, but that is what this album is all about. .... If someone asks you what is a “three-dimensional solid object bounded by six square faces, facets or sides, with three meeting at each vertex”, it probably wouldn’t cross your mind they are talking about a cube. To explain the simplest things sometimes requires using a bunch of complicated words hard to understand, so we will try to make it as simple and straight forward as possible: a multicultural crew, who each brought something original from their part of the world managed to fuse all those different styles into one, in the best manoeuvre of Joe Zawinul, Eumir Deodato, even Santana but without the guitar sequence. .... To some “Exotika” is going to reminisce about 90’s Croatian music scene, with one band especially in mind, band that disappeared unexpectedly quietly. The band was called “The Bastardz” , they were making a similar music and the good news is that their lead guitarist, Zoran Jaeger – Jex was also contributing on this album. .... A bold and foremost risky experiment has proven to be a total success, and if we could have more artists like them refusing to stay within the boundaries of their own genre, the world would in time start to sound like one tune.
.... Written by: Stjepan Vrecko

Many thanks for your outstanding music! Ilove it! Great world music, wonderfully blended with rock sound. it is truly inspiring. Be great to have you here also in Switzerland. .... A full sound from a group with a focused concept. The music fuses global sounds resulting in an artistic rendition of the world. Nice job. The vocals soar over infectious grooves intertwining through inventive arrangements resulting in a journey filed experience. The sound is tight but loose enough for the performance to prevail- I hear musicians - I don't hear laptops! .... Thanks again for the nice music!
.... Guido Von Arx- Gita Productions (Nintin Shaney, Pepe Habichuela, Song Divine Mahabharata Musical

Voices Of Nature in London Part 1

Voices Of Nature in London Part 2

Voices Of Nature in London Part 3

Voices Of Nature at Nisville, Part 1

Voices Of Nature at Nisville, Part 2